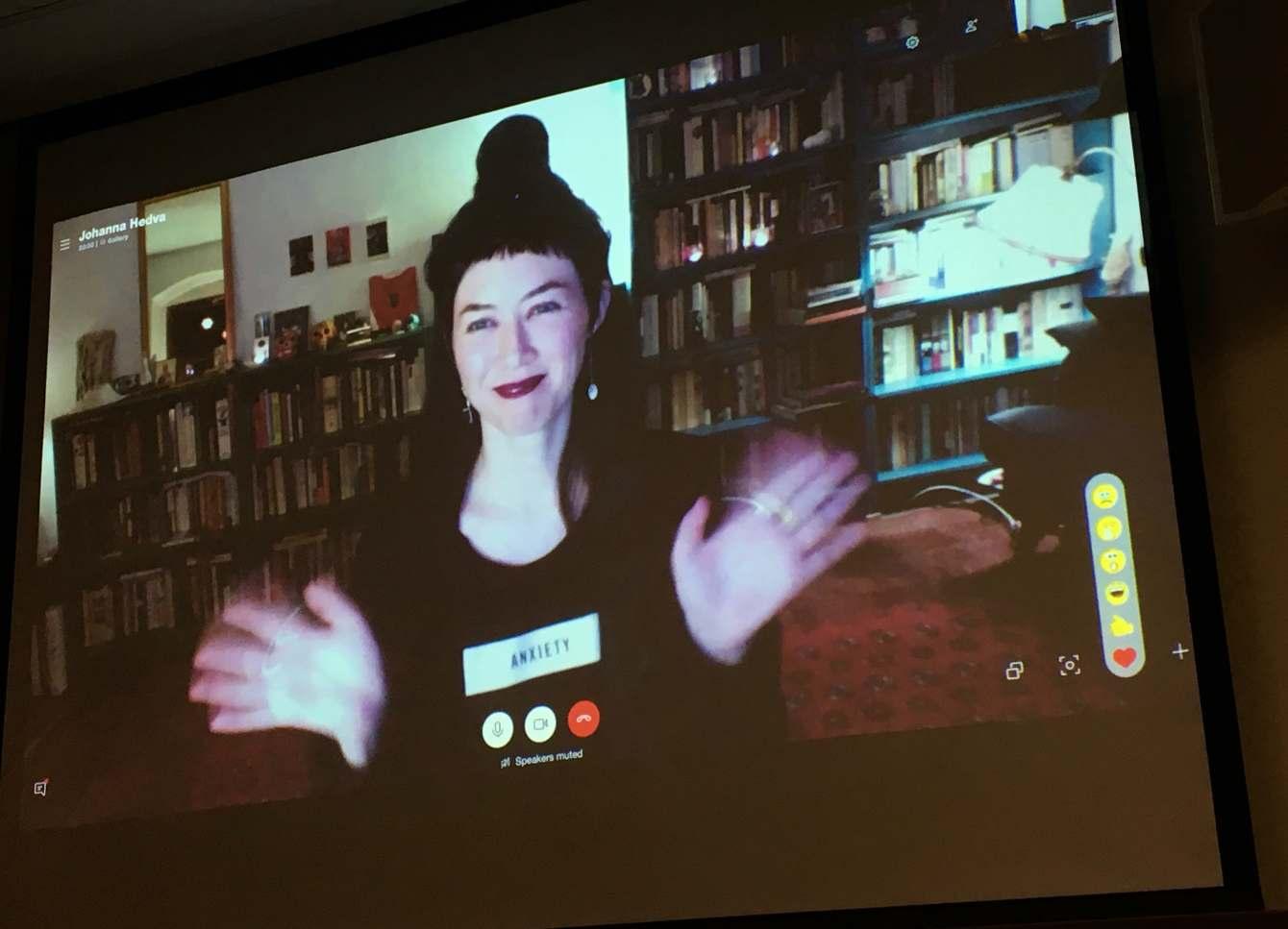 In 2016, artist and writer Johanna Hedva published “Sick Woman Theory” in Mask Magazine’s “Not Again” issue. The piece began with a discussion of Hannah Arendt’s definition of the political, as being comprised of any action performed in public, which fails to account for groups of people who, for various reasons, are not able to be in public, as well as who is in charge of who appears in public and when. This past November, Hedva gave the keynote address at “Sick Theories”, a conference held at the University of Toronto Department of Visual Studies on November 8 and 9. Organized by Margeaux Feldman and Lauren Fournier, its purpose was to engage the concept of ‘sickness’ in consideration of its various intersections and auxiliaries: illness, disability, madness, sexuality, identity.

Regardless of how we identify, whether we recognize forms of sickness as part of our individual experience or not, these are all things we learn about anecdotally to create a fuller, more inclusive picture of what it means to navigate the world as other. That illnesses and diagnoses often exist in tandem through chronic pain, mental illness, autoimmune and degenerative disorders, creates a layered experience of difference. The difficulty in relaying one’s own experience is what makes checking boxes on forms very inadequate. These conversations ask us to consider how normalcy and aberration are shaped by neoliberal paradigms of value and productivity, and the ways in which barriers are fully encoded into state bureaucracy and social relations to justify exclusion.

The first evening of the conference consisted of an artist roundtable, screening, and performance event, which featured six artists, six video works, and a performance detailing how sickness impacts life and work. Artist Gloria C. Swain opened the roundtable with a powerful monologue detailing Blackness, and her own Blackness, in a multigenerational and multi-locational context. She says: “I am from a place where slavery remains a deep secret, in this place called Toronto, where hidden scars of discrimination and injustice add to my depression,” pointing to the reality of colonial legacies in Canada, as part of a history that we often think of as only unfolding elsewhere. Her focus on Black mental health emerges from connecting the impacts of intergenerational trauma with ongoing colonial violence against Black women in particular. In addressing the side effects of what she calls “experimentation medications,” she invokes medical histories of women of colour being treated as disposable test subjects. She also addresses the political intention of Audre Lorde’s notion of self-care as a radical means of survival and self-preservation.

For many, the institution is a fraught concept. Education, medicine, capitalism, policing and incarceration, are all institutions with injurious pasts when it comes to structurally constructing and managing otherness. Those who identify with an experience of sickness are understandably skeptical of bureaucratic interventions on their access to some institutions or forced encounters with others. In her roundtable presentation, artist Carly Mandel refers to this as occupying the struggle of survival in an unsustainable economy. Her recent work is a series of sculptures that encase medical assistive devices and objects associated with ‘wellness’ in concrete. She posits the medical models of disability as being very black and white, and the concept of disability as itself a product of a non-accommodating world. Hedva’s Sick Woman Theory also speaks of the sickness/wellness dichotomy as ultimately being a capitalist construct. And care, then, is thought of as a privilege.

As I write this, Bell’s “Let’s Talk” campaign has begun to make its rounds again, accompanied by the articles and anecdotes detailing the many ways Bell actively works against mental health accommodations in this country. By using donations to the Let’s Talk initiative as tax write-offs, they reduce the tax pool that would potentially subsidize something like the affordability and accessibility of mental health services. When it comes to universities, many students’ only chance of accessing mental health services is to see campus psychologists and counsellors, but only for several free sessions – if they can even manage to get an appointment due to high demand. Certain neoliberal paradigms encourage corporations and institutions to virtue signal by campaigning publicly that they have adopted progressive attitudes and believe in structural change, while the ways they use their money and create their policies tell a much different story. Lived realities of navigating institutions tell a different story.

Differences of class, race, gender, and sexuality, result in stratified access to health services and proper care, as does the persistence of generational trauma through ongoing colonial structures. Identity politics allow for an institutional apparatus to posture as benevolent, while simultaneously benefitting from the same bureaucracies that oppress those who fall outside certain definitions of ‘normal,’ ‘valuable,’ and ‘productive.’ What we need, however, is connection, conversation, and care – fundamentally anti-capitalist gestures.

Angel Callander is a writer and art historian from the Niagara region, currently living in Toronto.