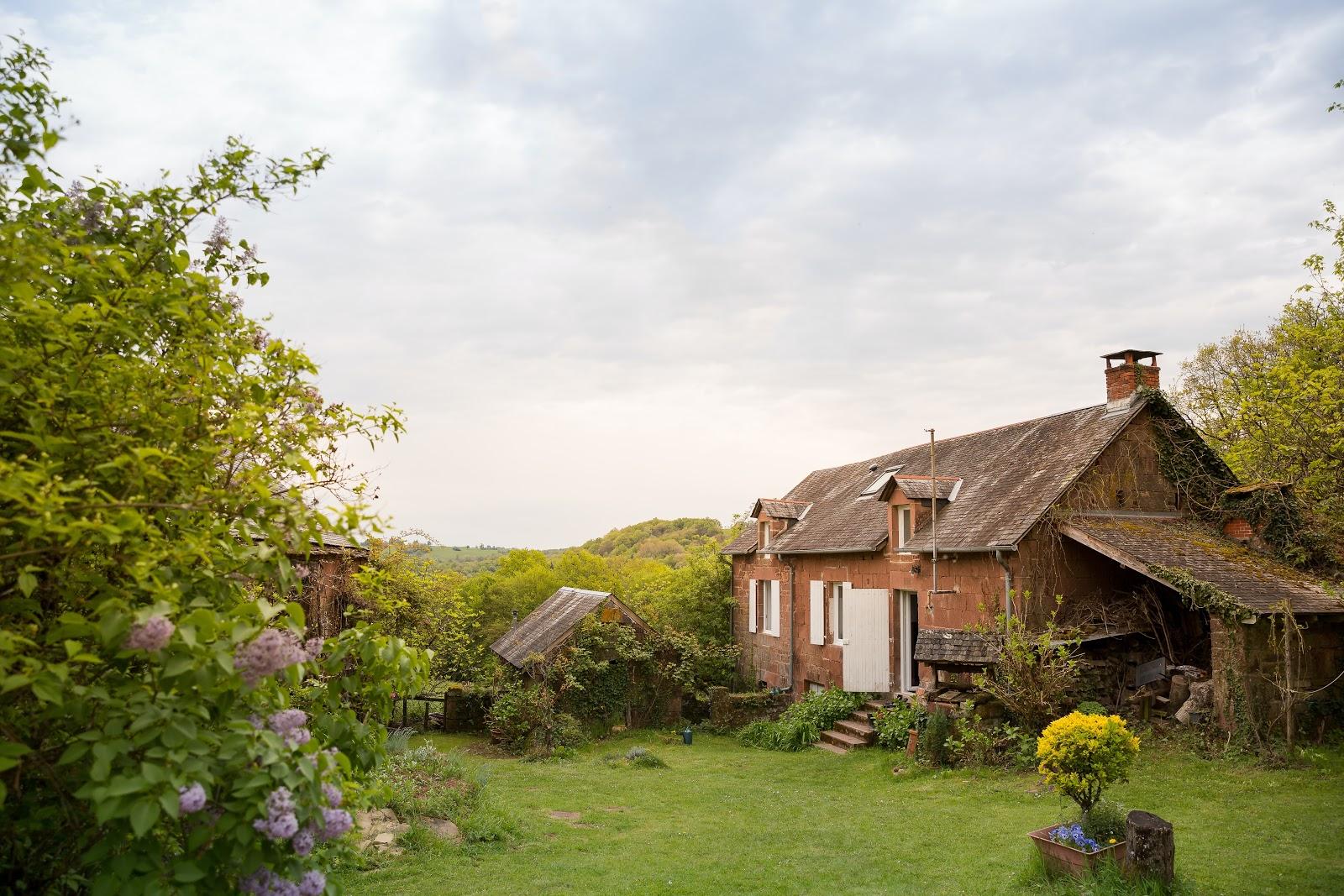 After Taylor Swift’s album Folklore premiered—an album whose associated videos and imagery are rife with idealized isolation—W Magazine ran an article titled “Taylor Swift Has Discovered Cottagecore.” This headline doubly reiterates the relationship between postcolonial America and the natural world: it celebrates a white woman “discovering” an aesthetic trend that already celebrates the myth of discovery. Cottagecore’s linen, lace, and pleated cotton skirts return to Victorian England, or 17th and 18th century colonial America—periods of imperialism, in which culture was synonymous with hegemony. Across platforms (Instagram, Twitter, Tumblr, Pinterest), cottagecore is an online community formed around the antithesis to community: isolation. As a pop singer-songwriter, Swift adopting cottagecore as her own makes sense; its digital presence mushroomed during COVID-19, marked by a look of bucolic seclusion created with elements of nature, gathered and arranged to emphasize their naturalness. Shania O’Brien observes that “cottagecore is a fantasy that largely excludes men,” from its imagery, “their existence an afterthought.” If we think of cottagecore’s feminism as this exclusion alone, then the aesthetic would be limited to being purely that, aesthetic, and any feminist claims would be dull and unproductive. But O’Brien insists that cottagecore goes further, offering a space of “domestic bliss without the strict gender roles and patriarchal oppression inherent in it—that “the intrinsic anti-capitalist sentiments of the [cottagecore] movement are a necessary alternative” to “an unsustainable neoliberalist way of life.” The sentiment for community but not a necessity for the thing itself is as dubious as the idea of an atomized online space that provides an alternative to hyper individualism.

Fashion historian Andrew Locke explains this sort of bucolicism’s sudden popularity by the way the pandemic intensified the contrast between urban and rural living: “For those who felt trapped in their apartments in the grimy, crowded city, it made sense to start daydreaming about pastoral settings, where one could be cozy and feel free from disease.” A disgust for urban living has decades-old racial implications, problematizing this explanation. “White commuters from the suburbs and the outer limits of the central city,” wrote Dr. Nathan Hare in 1970, “drive into the central city for work or recreation and social contacts, polluting the black environment further.” The racial discrepancy between urban and suburban has proved perennial thus far, tinging cottagecore and its preference for the rustic with the same naive callousness. As for daydreaming about being free from disease: in March and April of this year, as tens of thousands of New Yorkers died of COVID-19, the wealthiest neighborhoods emptied out the fastest, turning escapist fantasy to reality. Cottagecore, the aesthetic of this fantasy, represents another instance of the privileged chasing a certain iteration of solitude at the expense of others’ inclusion, eschewing the very harmony they claim to seek.

William Cronon reminded us to mistrust wilderness rid of human trace in Uncommon Ground (1996); in that book, he guided readers through the historical switchbacks marking our spiritual relationship with “virginal” nature. From as far back as the story of Adam and Eve and their banishment, the Old Testament codes wilderness as a counterpoint to the dignity of human life on Earth. Cronon urged us to compare this biblical binary to the reverence of Romantics, who, by the late 18th century, positioned the pristine wilderness, as the key to authentic creation and being itself. The Romantics believed that the untrammeled wilderness brought us ever closer to perfect lives, to peace, and to the Divine. Conservationist John Muir cherished empty landscapes but disdained Cherokee architecture, which, being built with thatched roofs and packed dirt walls was closer in nature in its mutability than the settler architecture Muir admired. He wanted the suggestion of nature—the reminder of its absence—but not immersion. Following the logic of a wilderness-civilization binary, he favored barren expanses and settlers’ homes alike above Cherokee structures, the latter for being “stamped with the comforts of culture and refinement.”

Poet Melissa Tuckey writes that an honest relationship with nature positions it not “as a remote place to recreate in tranquility,” but instead “as a place intimately connected to human habitation, culture, and identity.” Conservationists like Muir, David Thoreau, and Gifford Pinchot, who preferred the former definition, are the reason that conservation is “inextricably bound up with conquest” and embroiled with the “larger conflict over land and resources that predated conservation’s rise,” writes Karl Jacoby. In short, prizing a tranquil, serene version of nature, though it opposes corporate visions of satisfaction, comes from an American tradition of capitalist expansion, especially when reverence and disgust have been so closely related in the past. Fantasies of wilderness, like fantasies of women, seem to be fantasies made holy because of their unattainability. Cronon condensed the paradox of lusting after an Earth free from humankind in one diagnosis: “the nation’s most sacred myth of origin.” A myth is a slippery thing upon which to build. Historically nature, developed and framed by itself, in all its immensity, was refinement; more immersive living was the mark of brute stupidity. This sort of rhetoric, of course, drew Indigenous blood.

Writing like Cronon’s sketches a self-inflicted wound that runs through American settler colonialism, a wound trussed up and disguised as development while still smelling rotten even to the colonists. Cronon remarks that “only people whose relation to the land was already alienated” could slate unnaturally pristine wilderness “as a model for human life in nature.” By dismissing Native American constructions, Muir envisioned a “blank slate, a chance to write his own story upon the land”— settlers attempted to forge a missing connection with nature through transcription rather than the co-authoring practices happening around them, from which they were too parochial to learn.

Artists, aware of the inherent contradiction of pristine nature, employ its unsettling quality to narrative effect. Katherine Connell writes that the “white, dewy-faced femmes fatales in linen dresses” in contemporary ‘cult’ films like Ari Aster’s Midsommar (2019) represent “the broader deviant magnetism embodied by cults or New Religious Movements.” “Nothing in nature,” Conell observes, “is as choreographed, pristine, and composed” as these film’s “florid pastoralism and consequently [they are] glossed by fakeness.” Shedding both patriarchal shadows and threatening zeitgeist analogies, cottagecore’s expression of the American domestic could be celebrated as a feminist reclamation of the home. Similar to Shania O’Brien, Isabel Slone for The New York Times reads in cottagecore’s aesthetic a “vision of domestic bliss without servitude in the traditional binary framework,” but identifies it as “aspirational”: she notes that “a sense of sunny optimism pervades,” that “cottagecare can appear cloyingly perfect on the surface.”

Slone’s comments relate to another period associated with cottagecore’s aesthetic vision: the old South. Like the strawberry-print dress that went viral in July, cottagecore can look “equal parts fairytale princess and Southern Belle.” Novelist Ellen Glasgow most saliently portrayed the belles of the romantic South as self obsessed and sequestered in her 1932 novel The Sheltered Life. These women, Glasgow diagnosed as operating according to a "philosophy of evasive idealism,” growing up politically disengaged and satiated with material beauty. Glasgow elaborated by analogizing the worldview of a Southern belle to decoration: they labored under “a whimsical, sentimental, and maudlinly optimistic philosophy of life” that avoids a “straightforward facing of realities.” This doesn’t, of course, mean that cottagecore and its practitioners are malicious, bent on neutralizing politics (the same can’t be as safely said for women in the segregated South). However, Glasgow’s insights help separate this particular contemporary trend of feminine appreciation for beauty and craft from any sort of valid ideology. Cloaked in softly colored textiles, cottagecore bloggers’ prim images, bringing nature into the home, represent the domestic version of what Jim McGuigan calls the “cool capitalist”—the safely beauty-sedated, and therefore satiated, capitalist that Glasgow described.

In the context of an ongoing ecocide, disproportionately exacerbated by the United States, past and continued colonial pseudo-discoveries show, at best, white America projecting an ill-informed fantasy relationship with the land to replace a severed tie. Cottagecore’s repackaging of colonial aesthetics, when thought about as evasive idealism, during a time of migration away from urban centers, repeats the pattern of colonial nostalgia, rather than disrupts it. Cottagecore should inspire discomfort, not coziness, when we consider that our insistence on separating and framing nature from humanity may be narrowing to an endpoint with planet death, though we’ll be brewing tea while it happens. Think of nature as imperialist America’s femme fatale, complete with misogyny of the trope: condemned to host our projections and suffer the punishment when they continually fail to satisfy.

The above text was written by New York based writer Bessie Rubinstein. Photo by Bertrand Bouchez