A considerable amount of the production is directed by those childhood encounters with sexuality and the gaze. Additionally, the performance takes up The Structure of a Porno as described on the projection screen, which includes Foreplay, Penetrative Sex & Switching Positions, and External Ejaculation. In one instance of self-positioning, Hon identifies dominant structures influencing this production–and as feminist film theorists of the 1970s and 80s would say, all mainstream cinema. Hon tells the audience that she “speaks from the experience of a cisgender heterosexual woman who grew up in the 80s.” This explains the hetero pornographic material included and the cisnormative language used to confront Freud’s obsession with penis envy within his psychoanalytic theory. 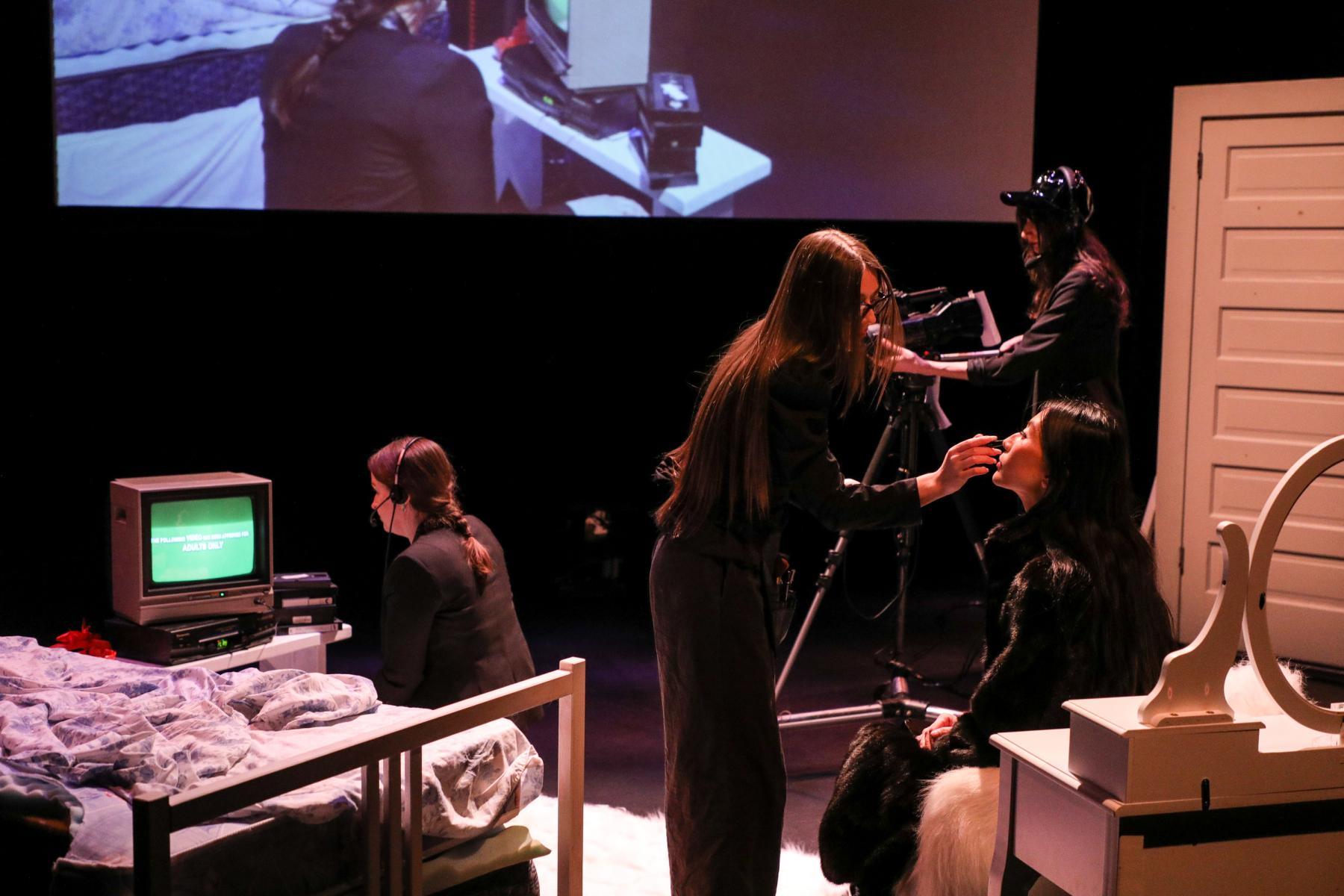 Towards the end of the performance, Hon uses bananas as a symbol to connect to larger structures that inevitably inform one’s life and positionality to varying degrees. On the projector screen, a scroll through a Tumblr page dedicated to bananas and populated by text and GIFs explains Hon’s thinking through connections between sex work, racism, and land exploitation. Hon threads these topics together through the oppression which is imposed within and onto them by the current capitalist world order.

The above is a response to Ming Hon's stage production "Exciting Consequences"  hosted this winter at Praire Theatre, Winnipeg, MB. The response is written by Winnipeg based artist/thinker/cultural worker, Mariana Muñoz Gomez. All images by Leif Norman