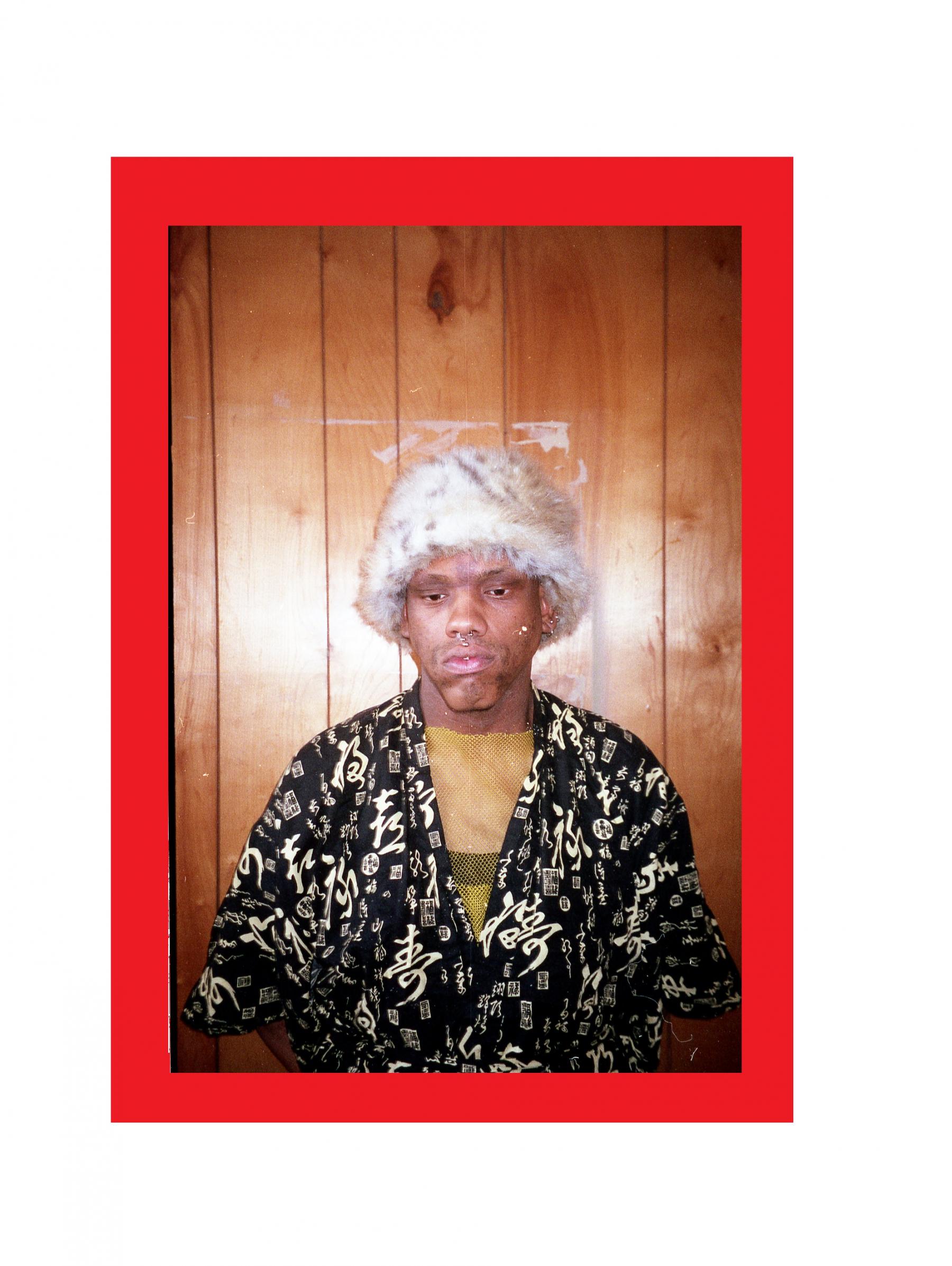 We connected with Baltimore native :3lON a few months ago after serendipitously coming across is work on SoundCloud.  :3lON uses his music and sounds to construct atmospheres that feel as though they occur in zero gravity. And his soft languid warm voice orbit and interweave loosely with the pulsing backing production. His work almost serves as a refuge outside tangible reality. It is vulnerable but carried with control. It is effortlessly harmonious yet dissident. In our conversation, :3lON shares with us how music-making came into fruition for him tracing back his earliest memories of creating and finding interest in sounds. He also shares a little on the creative environment in his current Baltimore base, an environment that continually favours the same overrepresented creatives Baltimore gets known for and how this works against many artists like himself. Amid all of this he tells us why he remains optimistic about the future when it comes to a broadening representation and inclusivity.  Read our conversation below.

I use my art as a vessel for my thoughts and emotions so its easier to purge the negativity.

Where are we meeting you emotionally and existentially?

I'm in a state of healing and recuperation. I had a very public eviction that was issued by the fire department that left me feeling defeated. My organization was beginning to gain momentum with our goal of providing a safe haven for unrepresented people in our community. The city bought this to a halt and left many artists displaced and homeless.

It was a learning experience that shed light on how little our nation values the very people that created it.

Since then, I've been attempting to channel my frustrations into creations. I want to conceptualize the future of our current state in humanity and the evolution of technology.

I recently have been realizing how much my city is being haunted by the ancestral trauma of slavery. This makes me want to work in my communities and help to rebuild my people. I often feel defeated because the issue is too large for one person to tackle.

Sorry to hear about your eviction and disarray of your little start-up. I'm wondering how you are able to stay positive being aware of the system that you operate within--one that has historically and presently favored against you-- and also how you are able to move forward amid what seems like quite a  despondent time for you?

I surround myself with people that believe in activism and communal cooperation. I try to focus on the potential rather than the condition. And I use my art as a vessel for my thoughts and emotions so its easier to purge the negativity.

Would you say you are optimistic in terms of opportunities opening up for underrepresented voices and creatives looking towards the future...

I believe consumers are slowly becoming more aware of the products they consume so this will inevitably force the industry to assimilate. But we've still got a lot of work to do. Sometimes I feel like the powers at be would only let someone like me get so so far. I can say though, that there are more mainstream artists opening conversations that need to be had which will allow future artists to do the same. Short answer, Yes  [smiles]

Can you remember an early time when you did or made anything that you can look back as being creative?

I've always been a creative person. Children are the best example of how a child can be creative without any understanding of artistic concepts. I learned that singing was a creative outlet as soon as I learned to speak. I would sing along to whatever music my parents played.

What kind of a kid were you growing up? Can you remember some of the activities you latched onto throughout high school?

I've always been into anime. And once toon-ami aired on cartoon network I was presented with images that fused anime and interstellar spaces.

I've always been into singing and creating music. I made friends in elementary school that also liked singing and I would make songs with them on the blacktop. I attended a few art programs in middle school that allowed me to gain insight on some vocal techniques. I wrote my first song when I was 13 and began working in my father's home recording studio the following year. I auditioned for art school but I was rejected, this made me more determined. I began to write demos for other artists with the hopes of selling one. Eventually, I began to study theatre which introduced me to another world of music. I had minor roles in a few high school productions. In my senior year of high school, I started performing at open mic sessions with other local musicians.

When I was eleven I gravitated toward alternative culture and began to assimilate. I used to slice up my clothes, then I started shopping at hot topic and listening to the rock music that was on rotation at the time. Eventually, I grew a fascination for electronic music and I began to go to raves. Now I'm heavily influenced and inspired by rave culture and the PLUR (PEACE, LOVE, UNITY, RESPECT) lifestyle that is presented to me. I love the connections people can make in those environments.

When can you first remember wanting to create through music/sound-making? What drove you to seek to create in this way? Did you also think you could actually see yourself pursuing that inclination?

When I was nine I used to sing and create songs with a kid that lived in my apartment complex. We would meet daily to sing together and talk about music. We were both really into the idea of pursuing music as children. We were waiting for our big breaks and mimicking the pop music we were exposed to at the time. I was really into Europop music at the time, and I would practice the dance moves when no one was watching. I used to (and still do) imagine myself on the stage performing for people. I used to mimic the musicians I saw on television then I began to imagine myself before the audience on the television.

If music-making wasn't in the picture, how else do you think you will pursue your creative interests?

If I wasn't inspired by music the way that I was I probably would be a different person. The possibilities are limitless, there are so many ways an individual can create matter and energy.

I'm sure you get people giving you feedback on what they receive from what you put out but how do you see your work? how do you think you sound?

I like to build soundscapes of post-apocalyptic space-aged themes while considering pop ideas. I think I make experimental pop music.

I was trying to think of images that come into my head listening to some of your tracks and it seems to be spaces that don't particularly exist or aren't tangible...they seem to loft but at the same time they seem familiar and your soulful voice and some of the words you are singing I guess makes it feel more grounded in a familiar reality. Anyways, how do you think imagery help shape the sounds/music that you end up making--if it does at all

For me images are everything. A lot of times when I'm creating I tap into another realm, but the places I go and people I become often change. Like sonic schizophrenia, all the images I've consumed, up to this point, play a crucial role in helping me to become another person in another place in another time in another dimension.

So not knowing a whole lot about living and creating in Baltimore, can you share some of your experiences on what it is like there, for you and the creative environment there right now? and how it is to support (financially, professionally) yourself as an emerging artist?

Art scenes differ depending on what part of Baltimore you're in. The surrounding area of where our cities art school is located is where I inhabit and curate events. There are a plethora of artists that migrate to this city and gain worldwide exposure. Individuals from this city have a harder time achieving this task, especially when the only art that is of value is the non-POC art. In my community, we strive to build a tight nit network of people dedicated to change the state of art and the institutions that showcase and teach it. We need more inclusivity, less excuses.

Where would you like to see your creative output go in the future...given unlimited resources?

If I had unlimited resources then the possibilities would probably be unlimited too. I practice and appreciate quite a few forms of art so I probably would find a middle ground that includes all forms of art. The goal is to give back to my community

If you can envision a future unburdened by social and collective histories that maybe limit the journey of self-discovery, what would that look, sound or feel like?

All walks of life would be integrated and cooperating. We could build a cultural mecca. The music would be more worldly and fused. There would actually be safe spaces because there would be a better understanding of diversity. The way I identify myself would probably also be different.

Can you share with us three pieces of music/sounds that you encountered at stages of your life anytime between 10years old and now?

I bought the Daft Punk "Discovery" album after I saw the anime that accompanied it being aired on Toonami.

When I was 15 I purchased this album that was by a Musician by the name of Utada Hikaru called "Exodus" that was co-produced by Timbaland. I've obsessed with this woman ever since I heard the song she wrote for the kingdom hearts soundtrack! I have her whole catalog somewhere.

One artist I can honestly say influenced me to create was Imogen Heap. She was my introduction to Electronica. Imogen's album "Speak For Yourself" is one of my favorite albums of all time. I know every word to every song. "The Moment I Said It" is probably one of the most powerful tracks I've ever heard in my life. I got into her during my junior year of high school, I was about 17.